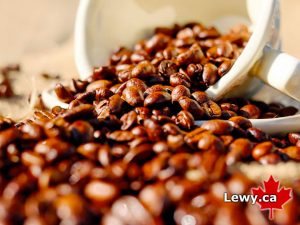 A study recently has linked two elements in coffee as neuroprotective compounds which seem to reduce or avoid the development of Lewy Bodies.

The new research using mice shows that two compounds contained in coffee work together, reducing the aggregation of the misfolded alpha-synuclein proteins that are linked to Lewy Body Dementia (LBD) and Parkinson’s Disease (PD).

Coffee has already been believed to help slow or avoid the development of Parkinson’s. Previously, even decaffeinated coffee seemed to have benefits, so another aspect must be at work. The new study indicates that a second compound, eicosanoyl-5-hydroxytryptamide (EHT) boosts the positive effects when combined with caffeine, and this combination is the key to success.

The waxy coating of coffee beans contains EHT, a fatty acid derivative of neurotransmitter Serotonin, which is used to transmit messages between nerve cells.

The components of coffee varies widely, depending on its origin, roasting techniques, harvesting methods and more. M. Maral Mouradian, the principal researcher, said “EHT is a compound found in various types of coffee, but the amount varies. It is important that the appropriate amount and ratio be determined so people don’t over-caffeinate themselves, as that can have negative health consequences.”

Treatment with either caffeine or EHT alone failed to produce the same positive effects.

“These findings suggest that these two components of coffee have synergistic effects in protecting the brain against [alpha]-synuclein−mediated toxicity through maintenance of PP2A in an active state,” the researchers wrote.

“Further research is needed to determine the proper amounts and ratio of EHT and caffeine required for the protective effect in people,” Professor Mouradian said.

The research was conducted by Rutgers Robert Wood Johnson Medical School Institute for Neurological Therapeutics in Piscataway, NJ, and was recently published in the journal Proceedings of the National Academy of Sciences.